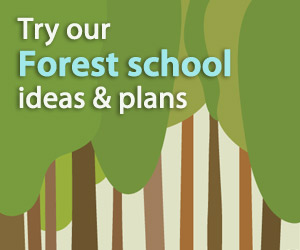 I thought I’d supplement my recent posts about the value of play and the need to promote emotional intelligence with a few words about risky play. This is a somewhat controversial form of play which recognises the need for children to be exposed to some level of risk in their play and not be mollycoddled.

It was in the news recently when Cath Prisk the co-director of Play England (part of the National Children’s Bureau) warned that if parents and early years practitioners fail to provide opportunities for risky play, children can become bored, introverted or they will often make their own opportunities for adventurous play, which can be far more dangerous to their health and safety. For example a child who does not have access to a sufficiently challenging climbing frame might instead decide to climb a fence. Speaking at the National Day Nurseries Association annually conference Ms. Prisk said that “The best way to learn about risk is to experience it. If children risk climbing a tree then they might risk reading aloud”.

A few years ago Play England produced a study which found that 21% of all children are prohibited from playing conkers, 50% from climbing trees and 17 % have been prevented from taking part in games of chase or tag. This is despite the fact that 70 per cent of the adults questioned admitted that they had their biggest childhood adventures in outdoor spaces among trees, rivers and woods. The research concluded with examples of risky play that should be encouraged. These included watersports, paintballing, climbing trees, den-making and fire-building.

Obviously a balance needs to be struck and no one is advocating putting children in overtly dangerous situations. I suppose it’s more about allowing them to have a bit of excitement and adventure in a controlled way. This can help them make judgement calls, increases their self-belief, resilience and creativity.

If you haven’t done so already it’s worth having a look at some of the mindstretcher products which encourage risky play. Their fire bowl and whittling peeler are two products that might be of particular interest (as discussed in a recent blog post about nature kindergartens.