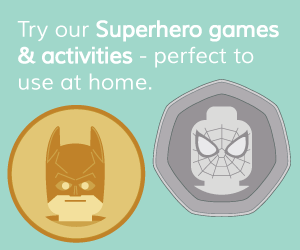 Animation in the classroom

A few days ago I finally managed to upload an animation that I created some time ago of a children’s song about a little green frog. I uploaded it to youtube and I’ve embed it in to the site in the songs and stories section. I’ve also included it at the bottom of this post.

I’m not sure who the song is written by but I know it’s very popular in my mother’s school so I thought I’d create a little animation to bring it to the attention of parents and early years professionals who are not familiar with it.

It’s the first animation that I’ve ever done so it’s perhaps not the best but I enjoyed doing it, which is the most important thing right? I finished it ages ago but I had great difficulty converting it to a format that could be uploaded to youtube as my computer kept crashing halfway through the conversion. I bought a new computer a couple of weeks ago and so was finally able to complete the process.

Anyway, as I was teaching myself the basics of flash professional I was thinking that animation offers so many learning opportunities and so I thought I’d do a bit of research in to websites and programmes that can be used to incorporate animation in to the classroom.  So here goes:

They offer stop-motion animation software at a cost of £55. As well as the software you also get an animation camera with tripod and plasticine for making models.

This is a handy app for the iphone, ipod touch or ipad 2 which can be used to film and edit stop motion animations. It costs just £0.69 so it might be worth a punt.

This is a useful resource if you’re looking for stop motion tips and inspiration. This free stop-motion guide courtesy of animationforeducation.co.uk might also be useful as an accompaniment: stop motion guide

Children can use this software to create animated stories using stock characters which can be modified or they can upload their own pictures and add their own voices.

Upload pictures, add your voices to your creations. This website is specifically aimed at schools and the price will depend on your schools particular needs.

A powerful set of tools which can be used to draw, edit and animate pictures. You can also reuse artwork that has been submitted by other users.

Kerpoof is similar to Scratch in that it features animated software which help users to create animated movie, design artwork and build stories. The site has a useful page for educators providing ideas and lesson plans for a variety of disciplines, from math and science to social studies and foreign languages.

Please take a look at the first ELHQ animation…