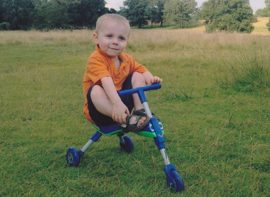 I didn’t realise that there would be a problem in starting my son in reception the term after his fifth birthday, after all that is compulsory school age and reception is primarily defined as being a class for five-year-olds.

I had a very brief telephone conversation with my local primary school; the head teacher informed us that the school would have no issue with my son starting reception in the September after he turned five as he would be with his peers.  She did inform me however that I would need to seek permission from our local authority, who is the admissions authority for the school.

I emailed them advising of our request to delay entry into reception, it was ignored, as was a reminder two weeks later.  It is only when I emailed the head of admissions advising that this was to be taken as an informal complaint that I received a response.

It was not a satisfactory response,  our request would need to be assessed by an ‘Improvement and Achievement team’.  I couldn’t understand how our case could be considered to be an ‘out of year placement’.  Legislation states that compulsory school age is the term after reaching five, and reception class is for five-year-olds!  ‘Relevant age group’ within the School Admissions Code also refers back to the legal meaning of reception class, my son would sit firmly within the definition of both, so I was a bit flummoxed at how ignorant of the legislation our local authority was.

Correspondence went back and forth between us and the local authority.  They often stated things as fact, which were anything but.

We wrote to and met with our MP who wrote to the Secretary of State on our behalf.  A reply was received from the Minister of Education advising us of the flexibilities  for a delayed admission within legislation, namely sections 2.16 and 2.17 of The School Admissions Code.

But, to me The School Admissions Code is discriminatory.  Parents of summer-borns who have just turned four and start reception a whole year before compulsory school age do not need to justify themselves, yet parents of summer-borns who wish their children to begin reception AT compulsory school age do need to justify themselves and their requests are ‘based on the circumstances of the case’.  It should be the other way around.

Finally, we received a letter from our local authority granting our request to delay and also advising that the same procedure will apply to our application as is applied to all applications.  Some sense at last!

The process took around six months, this included putting correspondence with our LA on hold whilst we contacted our MP and waited for a reply from the Department for Education.

But, if we should be offered a place in a different year group, in spite of our request, we will have no right to appeal.  Hardly fair and equitable!

The Department for Education is monitoring complaints on this issue.  During a recent Parliamentary debate, Elizabeth Truss, the Parliamentary Under-Secretary of State for Education stated “the way to do things is to empower parents and ensure, first that they have the complaints and appeals procedures at their disposal and, secondly, that the DFE is following up on those procedures.  We have a working group on admissions, which is monitoring the issue”.

–  If a parent believes that this is in the best interests of their child, that is to enter reception at compulsory school age; go for it, fight for it and be the best advocate for your child that you can be.

–  Read the relevant legislation and the school admissions code – know it inside out.

–  Write to the admissions authority advising them of your intention and ask them to confirm, in writing how you would go about the application process in this respect.  Many LEA on-line admission systems are completely inflexible and based on a date of birth range that they think ‘should’ apply.

–  Keep everything in writing – that is a must.  I have heard of some parents who have called with their request, only to be given a flat refusal and the admissions authority in question hasn’t even asked for basic details such as a name!

–  You have every right to do this – remember that.

–  Do not be fobbed off by their unclear or unlawful admission arrangements, which may tell you that children starting school at compulsory school age must join Year 1.

–  Do not be fobbed off with any assertion that you would need to apply for an ‘in-year’ place.  You do not – your application should be processed as part of the normal admissions round and the same procedure should apply to your application as is applied to all other applications.

–  If you come up against any resistance, keep going – you want your child to thrive, not just cope.  Ask the admissions authority how a Year 1 start and missing out on the benefits of reception could possibly be in your child’s best interests.

–  Question everything that they state as fact – it often isn’t.

–  If you would like support from other parents who have been through this or are still going through this; join the campaign ‘flexible school admissions for summer-borns’.

–  Most importantly, keep going, don’t give up.

In terms of legislation, I would suggest taking a look at:

*   The School Admissions Code 2012, note the reference in footnote 12 to ‘relevant age group’ – summer borns sit firmly within this in relation to reception class.

“3. The freedom to found educational establishments with due respect for democratic principles and the right of parents to ensure the education and teaching of their children in conformity with their religious, philosophical and pedagogical convictions shall be respected, in accordance with the national laws governing the exercise of such freedom and right.

“2.   In all actions relating to children, whether taken by public authorities or private institutions, the child’s best interests must be a primary consideration.”

This blog post has been kindly written for ELHQ by Michelle Melson, who managed to successfully delay the start date for her own summer-born child so has a lot of experience in the area. Fore more information about this issue please see the Summer Born Children blog or their Facebook and Google pages.