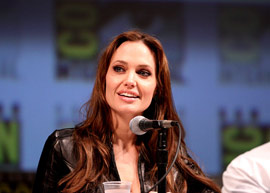 With the world still in shock over Angeline Jolie’s revelation that she recently underwent a double mastectomy as a pre-emptive strike against breast cancer, it’s no wonder that the BRCA1 and BRCA2 genes have been in the news a lot lately. For those of you who still aren’t quite sure what these genes actually are, this is what the National Cancer Institute says about them:

“BRCA1 and BRCA2 are human genes that belong to a class of genes known as tumour suppressors. Mutation of these genes has been linked to hereditary breast and ovarian cancer. A woman’s risk of developing breast and/or ovarian cancer is greatly increased if she inherits a deleterious (harmful) BRCA1 or BRCA2 mutation.” (National Cancer Institute).

Screening for these genes isn’t routinely carried out, but as Angelina Jolie’s mother died of ovarian cancer in 2007 and her aunt also had ovarian cancer (and very sadly died 2 weeks ago) she decided to be tested for the mutation. Unfortunately she was diagnosed as carrying the BRCA1 gene, so she decided to have a double mastectomy to decrease the risk of breast cancer and is reportedly considering having a hysterectomy to remove her ovaries shortly (New York Post, 2013).

Below are a series of facts related to the BRCA gene mutations and the increased risk of developing breast or ovarian cancer.

–    On average a women has a 2% chance of developing ovarian cancer in her lifetime, but with BRCA1 you have a 40-60% chance. Royal Marsden Hospital: //bit.ly/12ggeEo

We have also designed an infographic that includes these statistics, and many more, which you can download here. 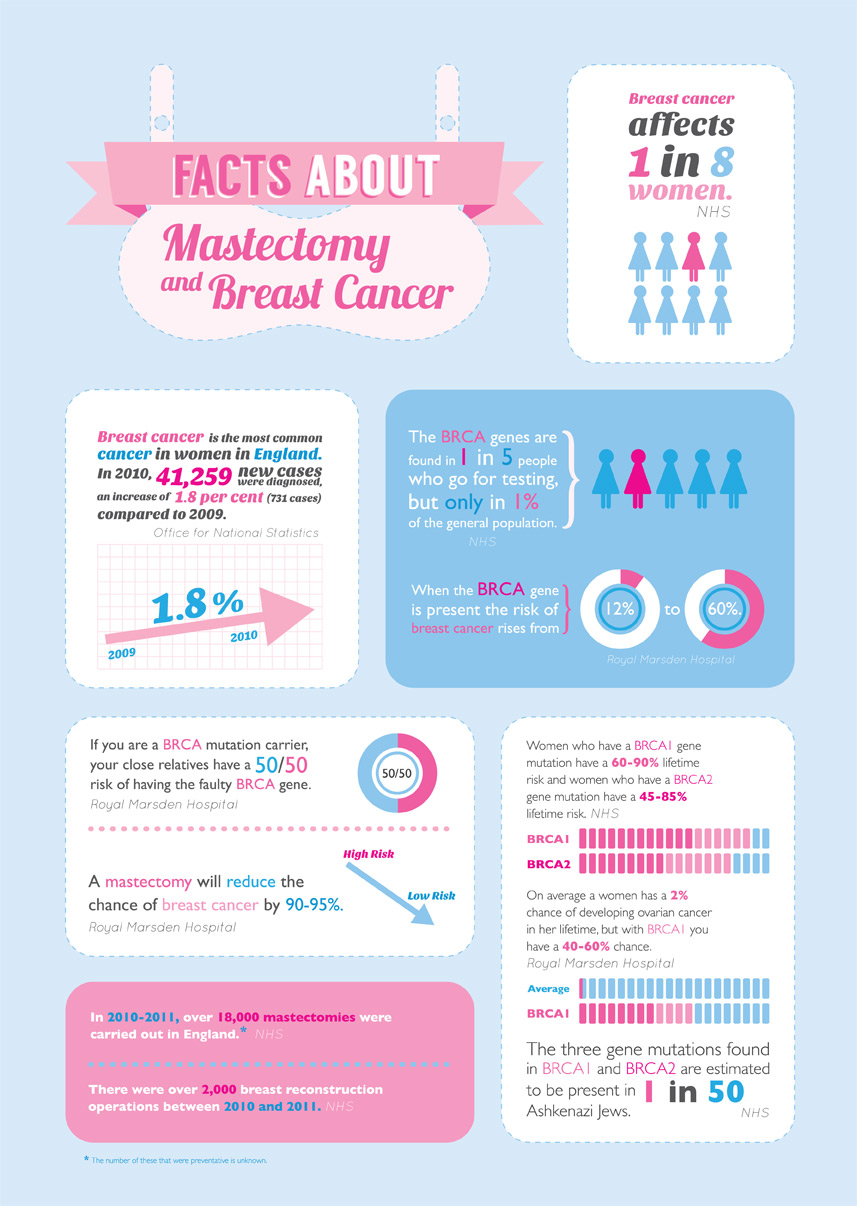 If you believe there is a hereditary risk of breast cancer or ovarian cancer in your family, or you are concerned about an abnormality you have noticed, then go and visit your GP to discuss it further. You can also find lots of useful information via Breast Cancer Care, Cancer Research UK and the NHS Choices website.