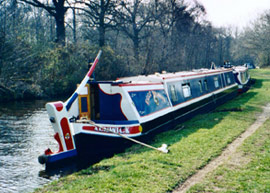 Sir Walter Scott, famed Scots author and poet, apparently didn’t speak a word until he was seven years old. One day the cook served him sausages that were slightly burned. “Take away these offensive charred items immediately!” were the first words that he is supposed to have uttered. When Scott’s astonished parents asked him why he had never spoken before, it is claimed he replied, “Well, no one has ever given me burned sausages!” After that the floodgates were opened, and he went on to write such classics as Ivinghoe, The Lady of the Lake and The Heart of Midlothian.

Whether this story is true or not, we will never know (It doesn’t get mentioned on Wikipedia, so there must be some doubt). However it’s a good story that illustrates a common misconception about quiet children: ‘If only we can get them to talk once, then they will be fine about talking in public from then on.’ The foundation for this line of thinking is that very quiet children, and particularly children with selective mutism, are in full control of their silence, and are exerting enormous willpower to refuse to talk at school.

A shy child is keen to join in, but is anxious about how other people might react to them having a go at something, or talking in a group. Their anxiety can be so great that it stops them from joining in.

A child who is an introvert will enjoy being with other people, and may join in, but will be energised by being on their own: to think their own thoughts and to ‘do their own thing’.  Or they may operate best when working in pairs or small groups because they prefer the company of a few people at a time.

A child with selective mutism has developed an extreme anxiety about talking outside their home. They may have developed a dread of talking, or the possibility that someone will try and make them talk. They can be so anxious that they may ‘freeze’ physically and be unable even to move.

Evie and her Grandad’s canal barge

I had a bit of a ‘Walter Scott’ moment in a small infants’ school once. I was asked to do a presentation to the whole school, to celebrate Gypsy, Roma and Traveller History Month. My show was all about where people live, including bow-top wagons, caravans and canal boats. I was getting a polite reception from the children, until I brought out my model of a canal barge. Then we all got a shock. Up jumped Evie from Year 2: “My Bampy’s got a barge like that, and it’s the same colour! And he takes me fishing! And we have toast! And he lets me feed the ducks!!!” Evie had a quick look around, went bright red, and promptly sat down. There was a collective gasp from the adults (who were all smiling).

I naturally was very pleased, and started to ask Evie questions: “What’s it like being in Bampy’s boat? Has it got an engine? Etc., etc.” Nothing. Evie was steadfastly avoiding my gaze, and I felt like the lecturer who locks his eyes on a student and addresses his lecture to that unfortunate person for the entire hour.

As you can imagine, there was great excitement in the staffroom afterwards. It turned out that Evie was very quiet, and only usually spoke in small groups or one to one with an adult. Some staff were worried and thought she might have selective mutism.

So what was wrong with Evie? Well I would guess that she was a mixture of shy and introvert. Her teacher had the presence of mind to give Evie the option of painting a picture of her Bampy’s boat, or making a scale model out of cardboard. She was allowed to do both, and had plenty to say all afternoon.

The moral of the story: find out what children know about and they are likely to have plenty to say to you… just don’t push them.

Michael Jones is a freelance trainer in young children’s communication. He led the Every Child a Talker project in three different boroughs. He has written widely on the subject of young children’s language and learning, and is co author of ‘Let’s get talking!’ and ‘Supporting quiet children’, both published by Lawrence Educational. To find out more about Michael’s work visit //www.talk4meaning.co.uk/.

Superhero Maths Game: All About 10