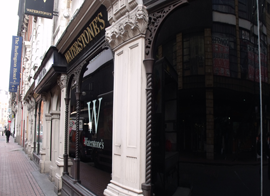 On 3rd June Waterstones announced the new children’s laureate as Malorie Blackman, author of the award winning series Noughts and Crosses. She takes over the responsibility from Julia Donaldson, author of the well-loved children’s story The Gruffalo, and will retain the title for 2 years.

The term laureate dates back to the 17th century, when King James I bestowed the title of Poet Laureate to Ben Jonson, but the Children’s Laureate was only created in 1999 and is awarded to an eminent literary figure who has written outstanding children’s books. Below are the authors that have held the honour since then (Waterstones, 2013):

Malorie Blackman has said that she will use her time as the Children’s Laureate to try and encourage parents and teachers to read with their children for at least 10 minutes at day to get “more children reading more” (Telegraph, 2013). She also is a passionate advocate of keeping public libraries open and making sure every British child has a library card (Waterstones, 2013).